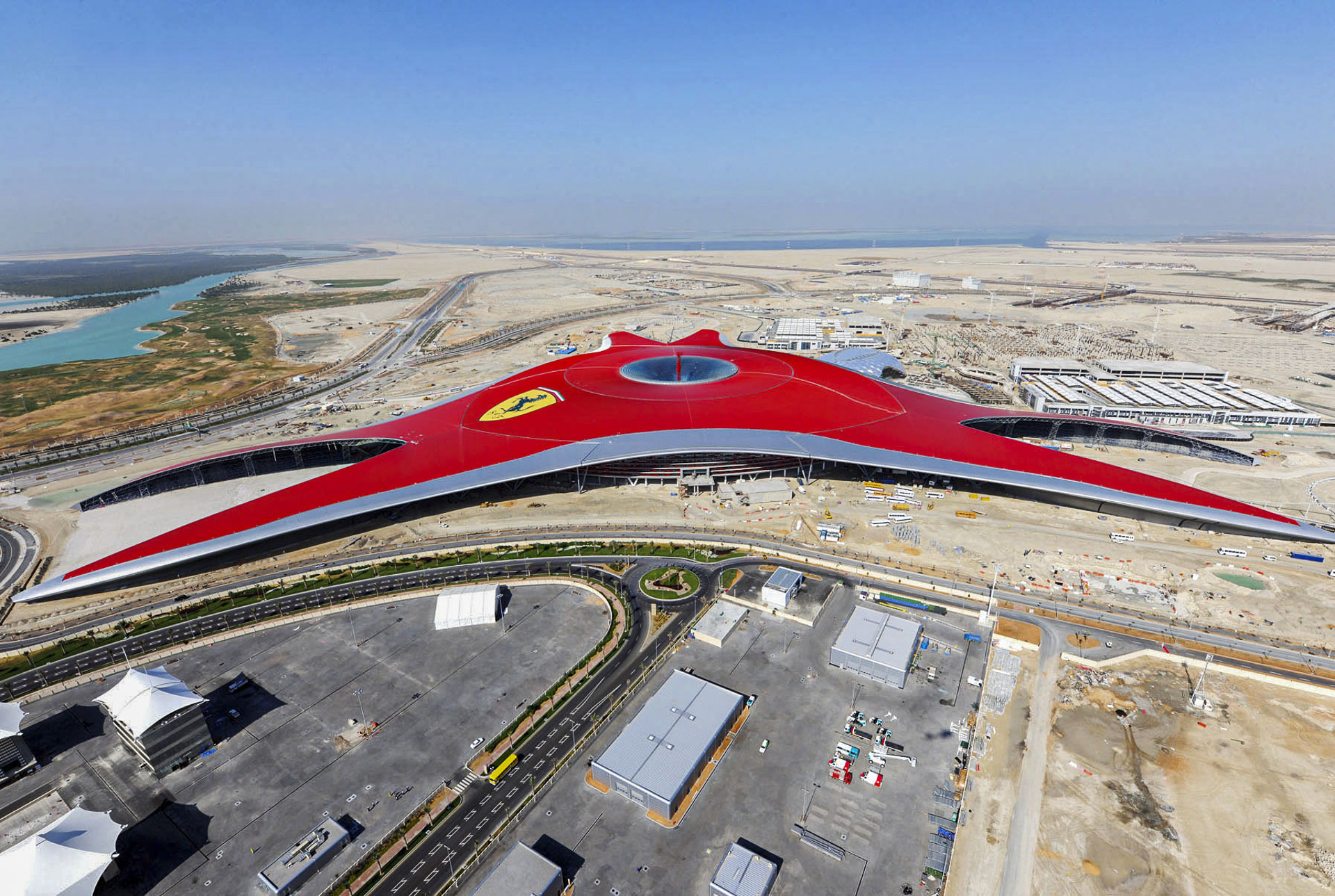 In the heart of the Ferrari World in Abu Dhabi,  in an enormous cristal bottleneck there was the request to make a hole for the passage of a thrilling roller coaster.The bottleneck at its beginnig has a diameter of a 100 metres and it ends with a diameter of 18 metres with a total height of 36 metres.The cristal bottleneck is held up by a netted structure called the Mero Structure©. This structure is composed by spherical knots and tubular beams screwed in the knots.

As it was not possible to remove the bars while tensioned or pressured, to make this hole and to reinforce it a special hydraulic equipment was the perfect solution. The goal of the equipment was to support the structure by blocking the spherical knots and at the same time to avoid the bars to be stressed which allowed their removal.

The releasing equipment is composed by 2 tubes which go into one another and at their extremities they are equipped with the system which blocks the spherical knots. The system, composed of an hydraulic cylinder operated by a pump, separates the 2 extremities safely.