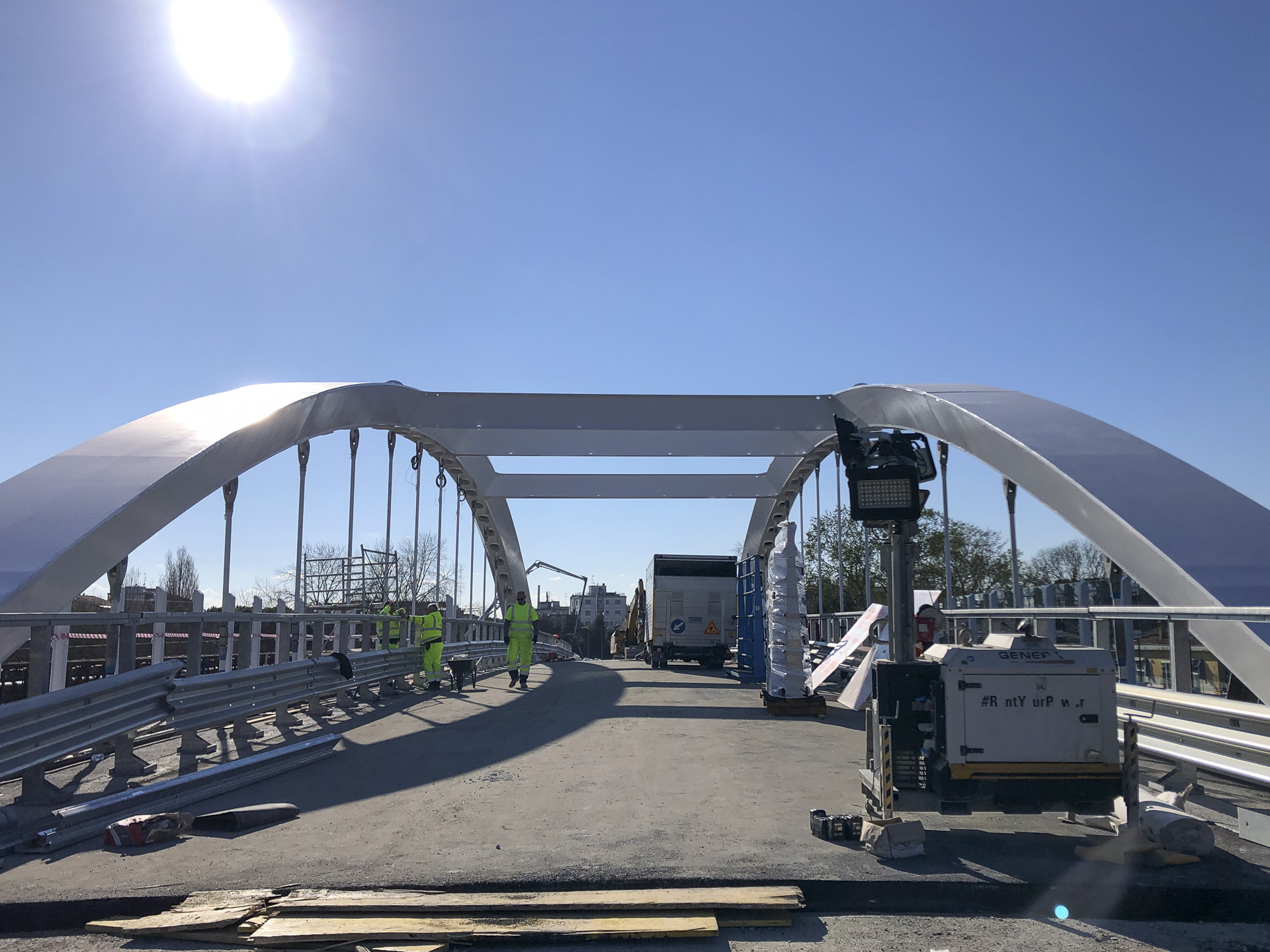 March 2021- Ravenna. A new railway overpass has been built by “Rete Ferroviaria Italiana” (Italian FS Group), in substitution of the old “Teodorico” bridge. The dimensions of the old bridge didn’t allow the passage of cargo trains which transported semi-trailers or big lorries.

For its construction have been employed 440 tons of steel, shaped and cut with more than 6 thousand hours of work. It has a length of 58 meters, a wideness of 19 meters and it goes over the railway at a height of 7 meters.

The work is isostatically constrained at the ends by support devices and its suspended vertically from the steel arches by 13 Pulling Rods on each side with a diameter of 80 mm placed at intervals of 3.52m.

The metallic structure, assembled inside the building site, has been launched at the end of December 2020. The “skeleton” of the new bridge has been initially lifted by the means of hydraulic cylinders and then placed on special lowered trolleys, finally the correct tensioning of the pulling rods was carried out.

EuroPressPack supplied the hydraulic cylinders and hand pumps which have been used for the initial positioning of the deck and for the tensioning of the tie-rods which fasten the deck to the arches.

2 hollow 30 ton piston cylinder each, were able to allow the delicate operation of tensioning the Mcalloy bars. The cylinders have been mounted in parallel and they connected through the tie-rods two vises which tightened the two extremities which needed to be drawn near.