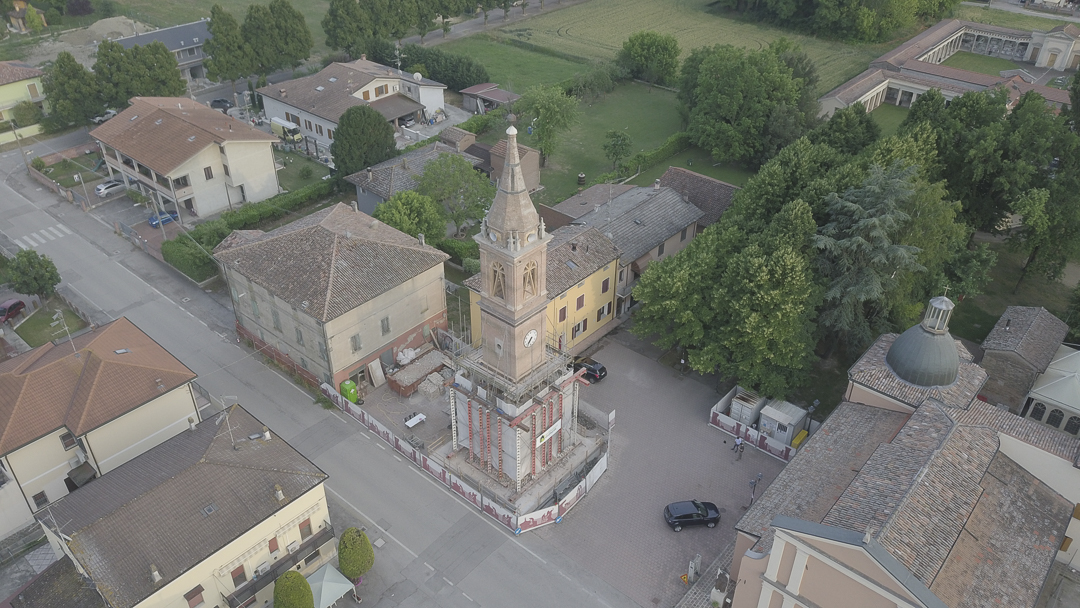 The heart quake occurred in May 2021 damaged severely the church of Reno Centese, in particular it generated a crack which caused the shifting and the rotation of the bell tower starting from 8 meters up to the top of the bell tower itself.

In May 2021 the reorganization and repositioning operations were carried out which provided for the safety of the structure with the construction of a basement and support piles, on which four steel beams which had the task of supporting the shaft of the ball tower once separated from the base, by  diamond wire cutting.

Euro Press Pack contributed to this spectacular and fragile intervention with its hydraulic equipment, in particular the CGG cylinder series with its mechanical ring nut which lifted and maintained in position the shaft of the ball tower after the cut and the CMF hollow ram cylinder series which rotated and translated the bell tower in its original position.

Underneath some photographs of the intervention